Why is professionalism important?

The ability to maintain a professional persona is skill that great managers, supervisors, and other leaders exercise. Not only does keeping a balance between work expectations and outside-work life keep us feeling balanced, it also manifests a consistency in the workplace behavioral expectations.

According to Sarri Gilman’s TED Talk on personal boundaries, people who are overwhelmed, exhausted, and stressed have trouble making the right decisions for themselves because their judgment is blurred. On the other hand, people who trust themselves, are decisive, and are committed to healthy relationships succeed in both their work and personal life.

Sarri acknowledges that challenges naturally come our way in life, and she suggests that high levels of stress cause need for high amounts of self-care. It can be tempting to neglect the self, and ironically stressful to set personal boundaries; but when you consider the benefits of knowing yourself and knowing the values behind the decisions you make, it makes the little periods of transition simply feel like natural results of working hard. Sarri, in fact, calls the process of communicating boundaries merely “sweating”. Sarri elaborates that she, herself, “sweats” regularly working with others.

*Tips and Tools for strengthening boundaries, as presented by Sarri Gilman, are as follows: James Damore, a former senior engineer for Google, seemed to have done himself in through a self-inflicted wound. Sports  analogy. He did an own-goal.

Before reading his paper, I want to reflect on my secondhand encounters with his memo. In fact I am going to pursue an important reading strategy that involves before, during, and after reading questions to construct meaning.

I must say that I am prone to being biased or skeptical when it comes to using biology and the study of human behavior to explain social issues or patterns. I’d much prefer if we all just blamed the media.

Although, my background is in social sciences, I still think that social science is pseudoscience. Why? I’ll be generous. Humans are at best 2 parts rational to 1 part irrational, while biology deals only with rational things.

What has stuck with me through my years was the candid confession of a professor. He said, “If you get a model that explains 30% of variation, you’ve hit the jackpot.”

My intent is not to be dirty or a mean-man. I’m guessing that that most of the research James draws on is pseudoscience.

Initially, I only heard aural accounts of his shenanigans. In the early days of the story, James was portrayed as an idiot at best and an angry bigot. He seemed to be someone selling old theories and beliefs about immutable genetic traits leading to substantial differences and personalities between the sexes. Immutable genetics drive-by.

I wondered if his motive was at its core about anger issues. Anger with having to listen to “propaganda”. Anger with his chances of being CEO leveling to 50/50.

I have to confess that I really enjoyed listening to James stumble through his practiced apologia: I just wanted to suggest ways to create a culture that attracts women into tech.

Very noble. However, the proof of the pudding is always in the eating.

I’m wondering if James is just an armchair expert? Some experts seem to defend him as someone who has read lots of studies. Some even go so far as to suggest that his scientific background is a solid enough foundation to accept his voice.

My testosterone-self thinks he should have stuck to coding. He looks like a brilliant coder.

I found this quote in my first year Calculus textbook:

What passes for “knowledge” in our time is an uncritical mishmash of sense and nonsense, fact and guesswork, gossip and hearsay and clumsy propaganda – mostly acquired from wishful thinking, lazy reasoning, inadequate senses, credulous parents, overworked teachers, and self-serving institutions.

The above is apparently the opinion of Rene Descartes at the age of 23 years old.

Here are my during reading questions:

“If we will only abstain from assuming something to be true which is not, and always follow the necessary order in deducing one thing from another, there is nothing so remote that we cannot reach it, nor so hidden that we cannot discover it” (a quotation from Part 2 of Descartes’ Discourse on Method)

There is a general understanding that certain topics should not be discussed over dinner, namely politics and religion. We can indeed avoid certain conversation topics if they have potential to lead to unwanted disagreement between friends and family; but at some point, especially in today’s world, we will undoubtedly find ourselves in a situation where we must participate in a conversation about some of today’s more controversial issues.

Topics such as sexual orientation, religion, race, and gender have for a long time been considered controversial – even taboo – and therefore have often been avoided. As a result, we may have formed opinions but that does not mean we know how to actually talk about these issues with the confidence that we will not accidentally offend someone.

Have you ever heard someone accidentally, even clumsily talk about a sensitive issue, to the point that they make themselves uncomfortable? In the award-winning British television comedy, The Office, aloof middle manager David Brent is walking around the office with a newly-hired employee introducing him to current employees when he encounters Sanj, a current employee at the office.

David: This is Sanj, this guy does the best Ali G impersonation, Aiiieee. I can’t do it,

Sanj: I don’t, must be someone else

David: Oh, sorry, it’s the other one…

Sanj: The other what… [racist term]? In this clip it is revealed that David groups his South Asian employees together in a category in his mind, and in doing so he has confused some of the aspects that actually make these employees unique individuals. This example may seem ridiculous, but there is some truth here. This can happen if we are not keeping our biases in check.

Are you equipped to talk about today’s most sensitive topics without letting bias and stereotypes influence your behavior? Do you want to be? Do you want your team to be?

Are you willing to confront today’s stereotypes head on? 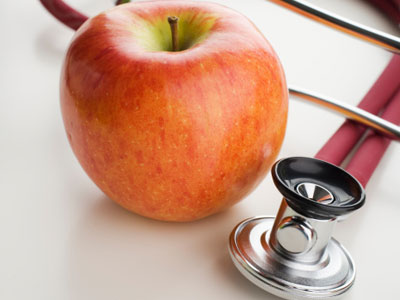 As busy, working professionals, we so often wait for conflict to arise or relationships to deteriorate before we take steps to learn more about human relationships in the work environment. And by that point, the steps toward reparation can seem painful and even daunting. We know this, but we wait anyway. What does it take, then, to convince ourselves to take preventative measures against unnecessary conflicts?

Brown and Rosecrance wrote and edited a book called The Costs of Conflict: Prevention and Cure in the Global Arena (1999), in which they analyzed the prevention and reparation (“cure”) of specifically armed conflict around the globe. They wanted to expose reasons why the international community spends more time trying to solve serious conflicts after-the-fact than they do trying to prevent them.

Using their book to analyze the costs and benefits of prevention vs cure, the authors found armed conflict prevention to be significantly more economical than efforts to repair or cure relationships after-the-fact. Deep-seated conflicts are, after all, a very difficult type of issue to work with in a group setting, and can have effects that last for extended periods of time. The same can be said for workplace human relationships. Would you rather train your whole staff on themes like diversity and sensitivity, or wait for an accidental, preventable joke to snowball into a liability?

Moral of the story:

If we as working professionals recognize the value in prevention, then we may just be able to use our well-earned time and funds elsewhere.