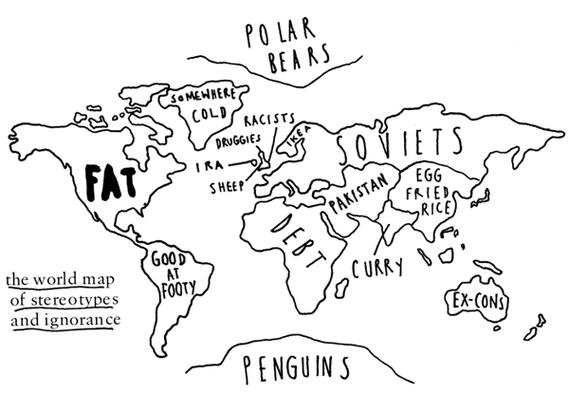 Many adjectives come to mind when I think of stereotypes; for example harmful, dangerous, natural, instinctive, to name a few. But recently a new descriptor has come to mind – ironic. Stereotyping is ironic because while we need the ability to categorize things in order to survive (foods that will and will not make us sick, for example) we also often use this ability to categorize our fellow humans (people who will and will not harm us, for example), which can and does lead to unjustified violence and even death among humans.

A tragic example of this can be seen in the killings of unarmed black men and boys by police officers in the United States. Lamentably, black men and boys, especially in the United States, are burdened by some of the most malignant stereotypes and are therefore quite vulnerable when faced with difficult situations involving crime and violence. As an instinct for our own protection we create categories for those who are more and less likely to do us harm, and regrettably many judgments made by police officers and others in moments of high stress have, as a result of these categories, lead to the unjustified deaths of unarmed African American males at the hands of armed, afraid individuals. We jump to judgement quickly when we think we might be in danger, and we too often end up hurting someone who was actually harmless. I use the pronoun ‘we’ here because this can happen to any of us if we do not keep our stereotypes in check.

We as humans are powerful beings with the ability to analyze our own thought processes and stereotypes, but this ability does not come naturally – it takes practice. In fact it can take a good amount of effort to begin to see the categories you instinctively create in your mind. Therefore in order to avoid misjudging or even harming people based on our categories – even in moments of high stress or fear – perhaps we should spend a little more time exercising this ability and questioning our logic and less time making decisions based on categories. Stereotyping is, after all, a powerful tool that can be used for good and bad. It all comes down to your ability to take control.

Gender inequality means that women and men have different access to resources that would enable them to succeed in the marketplace.

Men, historically, have had better access to money, materials, and power. (Kimmel & Holler, 2011)

Status and violence
Cross-cultural research on female status suggest the lower a woman’s status in a culture the higher their chance of experiencing rape and violence.

Child care
The division of labor with respect to child care is an important determinant of the status of women in a society. A women’s status is generally higher when men play a greater role in rearing children. The more time men spend with their children, the less gender inequality is present in a culture (Kimmel & Holler, 2011).

Relationships between children and parents
Scott Coltrane found that in cultures where the relationship between a father and son is close, the higher the status of women tend to be. His research suggests with low involvement of fathers, boys tend to define themselves in opposition to their mother and other women and are therefore prone to display hypermasculinity and to fear and denigrate women as a way of showing their masculinity.