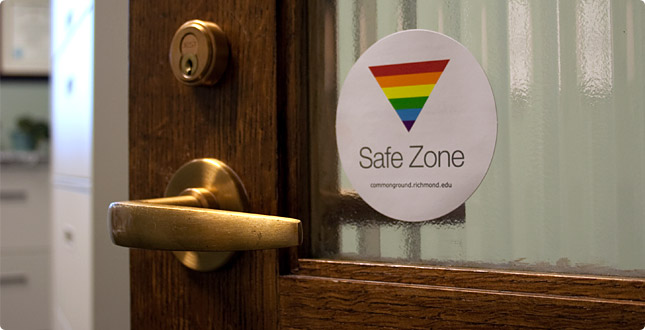 I recently worked with a client in a sensitivity training who was tired of the homophobic attitudes being expressed in their workplace. The words being used in their work environment degraded the homosexual and female identity and made this individual feel unhappy and unwelcome among their coworkers.  Unlike many of their fellow employees, this individual was quite sensitive to the more subtle forms of disparagement regularly expressed toward the homosexual community because this individual’s identity was being constantly disrespected – and their attitude in the workplace reflected their frustrations. The phenomenon of normalized disparagement toward women and members of the homosexual community is improving at a rate that does not satisfy many individuals who are being affected by it, which is understandable to say the least.  How, then, must individuals address the issue and defend their identities while maintaining a productive attitude?  The trick is to inform without attacking.  After all, many individuals simply do not understand the impact of their language and behavior.  Although the intent may not be to harm, the impact of historically appropriate comments can often be misunderstood by those who are not educated in the fields of gender, sexuality, and discrimination.  Therefore one of the best things a person can do when they witness disparagement toward a community of people is to inform the offender of the possible impact their behavior may have on others.  This way the individual can decide for themselves whether they wish to use this potentially harmful language or behavior in the future.

This type of constructive engagement can of course be used for instances other than disparagement against women and the homosexual community.  For example, if the comment “this is retarded” is used by someone in your workplace, you can inform that person of the impact this phrase can have on individuals who understand this to be an insensitive reference towards persons with an intellectual or learning disability. You could tell this person that the use of this term in this way can bring harm to those who are mentally disabled or to individuals who are close to someone with a mental disability, and that they should consider this in the future when deciding to use such a phrase.

By educating and informing rather than attacking, one may put into practice more productive reactions to offensive language and behavior and therefore work toward improving the troubling situation rather than stirring up more conflict.

It is easier to judge the mind of someone by their questions
rather than their answers.